One of the most anticipated Linux distro, elementary OS Luna beta version 1 is here to stun you. Years of research and hard work has been poured into this version, so that it looks totally different from all the previous version. The developers have worked meticulously in creating elementary OS Luna beta 1 to change the user’s perspective about Linux OS. Luna is based on Ubuntu 12.04 LTS dovetail with improved Linux kernel and modified GNOME 3. Even, new shell and desktop environment called Pantheon has been incorporated to provide an efficient way to interact with the system. There are many more subtle changes that have been incorporated into this build. They are defining features of the next generation Linux distro that is not only stunningly beautiful, but also impressively easy to work with.

Why not grab an app for Linux

Elementary OS Luna includes support for wider hardware compatibility, better graphics and wireless drivers and many other fine granular level refinements. It means, you can equip more and more of your hardware with the new Linux distribution. In addition, apps like Midori (web browser), Geary (mail client), Maya (calendar application), Noise (music player), Scratch (text editor) and Pantheon terminal are incorporated to make the OS much more useful. Pantheon is a new and significant improvement in this build. It not only consumes less resources but also makes the system very light weight. Instead of going in depth in each and every aspect, we rather will give a brief overview of them all. 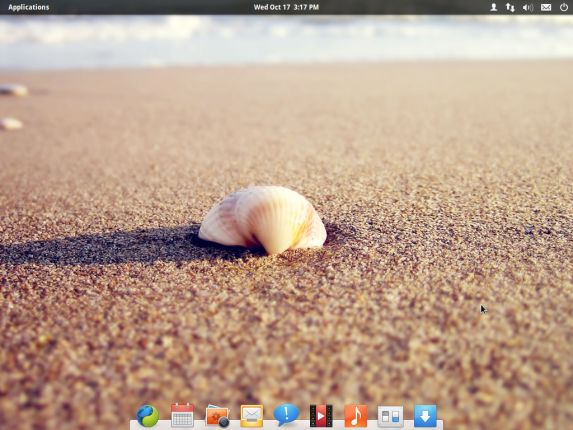 You can download both 32-bit and 64-bit version of the Luna beta 1 from the official page. It will also give you more information about the underlying changes in the new system.