Photography becomes hobby if you have a camera phone. Everybody loves photography. Instagram and other similar photo taking apps has made everybody a professional photographer. But none of them can turn your hobby into a cash machine. Clashot is the app that provides you money for your photos. Let the photographer in you unleash its power and show the world what it is capable of. Clashot is a production of Depositphotos. It is a media house that lets people buy royalty-free photos from their gallery. Clashot is a production of the same company and brings in the same advantage (read bling bling). It provides a platform for the photography users to upload and share their creativity with the world. If it is good enough there is a chance that they earn money from it. And people who liked your photo will buy from you and give you a certain share. 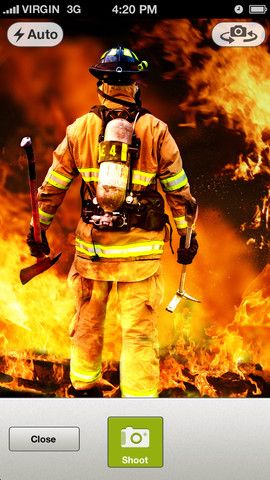 In a nutshell, this intuitive iOS app allows you to capture images from your iOS devives and then let you share with the world. Not only, it gives you a platform to showcase your creativity to the world but also a chance to earn from it consequences.  You know what the best part is: Clashot is a free iOS  app. It is available for all iDevices running on iOS 5.0 or later. This app supports various languages, too. You can cast your photographs using the application. Clashot  has not new feature in design and theme of photos but it is a great app when productivity matters. The active photography community keeps supplying enticing images to challenge your creativity. In some sections, Clashot resembles to Instagram but the they operate quite differently. Clashot also contains a few features, which makes it different from all other photography apps. However, don’t underestimate the power of the application. It has some surprising elements that will keep you on your toe.

Clashot has an intuitive interface that would make life easier for the first time user to, Uploading picture to the community as simple as it could get. You just have to capture the shot from your iPhone and upload it to the library. If you have photographs captured from your camera, then you can simply transfer it on your iPhone via iTunes and can publish it. The photos are grouped into the Reports. The community will rate your creativity or reports. For a better exposure, you can even share your images via twitter and Facebook.

This feature can help you to make better sales than normal iPhone photos. It is not just about earning money but also to see other’s photography and creativity and rate your shoots among them. The website interface is similar to that of pinterest, so you will find yourself in the known territory. 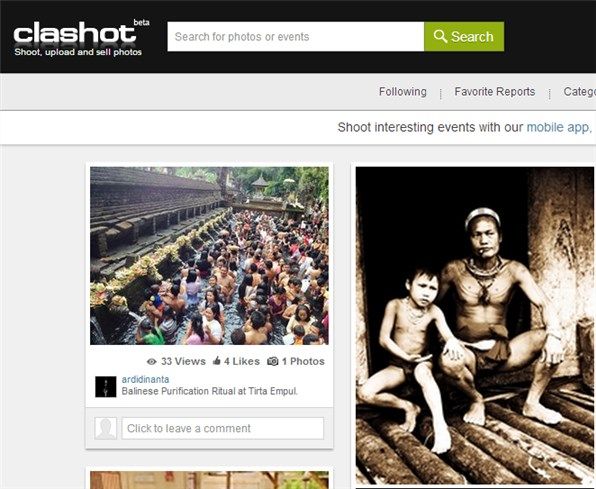 Create and publish your Photo: If you want to participate in the event then this is the simplest way. With your iPhone capture photos using this app Clashot and send your photos to clashot.com. Group them according to events or tags. This will make it easy for the people to find your creativity based in the interest. Other community members can comment and rate your photo or group of photos commonly known as reports. Once you upload your photo you have entered the competition and your photo becomes viewable by every person.

However the app is practically good and productive, there are some points where there should be some improvement in the app. Overall, the app is next to perfect. Clashot lacks to load some more effect to your snap in order to make it look professional. More filters and effects will make the entire process easy and interesting. Even, the support to upload the images to SkyDrive or Dropbox would be an added bonus as many of the people prefer to backup their images on the cloud. By looking at their glorious past record, it won’t be too long before developers start pumping more juice into this app.

Hopefully, by now you desperately want to try your hands on this application.